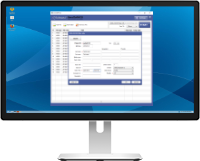 – MedDream HTML5 DICOM Viewer;
– Ability to view reports hosted by HIS;
– “Points” and “Save Annotations” among Measurements (PacsOne and dcm4chee/MySQL only).

– SRs can’t be viewed under Linux;
– Modality LUT is incorrectly applied *after* VOI LUT — won’t show some images;
– No search for Ideographic and Phonetic versions of person names;
– Mobile version doesn’t log off when closing browser window;
– ClearCanvas: Save Images and Print Series use a different image order than during display;
– Re-login might be needed after downloading an .iso/.burn file from Export.